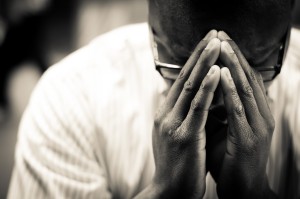 “Nevertheless I have this against you, that you have left your first love.” (Revelation 2:4)

This exhortation is written to the Ephesian Church. He commends them for their perseverance in the cause of Christ, their untiring work of weeding out evil dressed as apostles. The Message says the following in the commendation of the Church at Ephesus;

“I see what you’ve done, your hard, hard work, your refusal to quit. I know you can’t stomach evil that you weed out apostolic pretenders. I know your persistence, your courage in my cause that you never wear out.”

Yet, in the very next verse, we are told that they have fallen from their first love. Then the question, do you know how far you have fallen? Wow! Is it possible to be doing the works of the Kingdom, being busy, doing commendable things and be so out of order? The answer is yes.

From the beginning, God wanted a bride; a deep relationship with us all. He walked with Adam in the cool of the evening. There is a big difference in doing and being. Good things out of order remove our attention from main thing: our beautiful and glorious Father. The mark of a man or woman lies not in what they do, but rather, who they are. The Scripture says the greatest commandment is to love the Lord your God with ALL of your heart, mind, soul and strength. After all, He gave His all to us in His only begotten Son.

Can we allow the mirror of God’s word to change us, so we not be judged? As we seek Him, let us know that He is relentlessly pursuing us. His love is from everlasting. We are His children, the sheep of His pasture. It is His delight to receive us at the table! 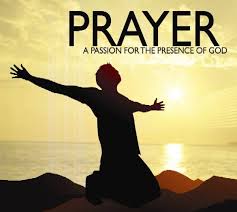 Does this imply that there may be times when we will not be able to find Him? I, for one do not want to discover what this means the hard way. I want to take advantage of every opportunity that I have to seek out His presence in my life. Will there be a day when circumstances around me may prevent me from finding Him – circumstances like sin, deception, death, or even the end of the age? May I make the most of the opportunity I have been given on this very day to seek His presence. May I not follow the example of the 5 foolish virgins spoken of in Matthew 25, who ran out of oil for their lamps.

Today, I press into His presence to re-fill my lamp to overflowing of the oil of His glory. I rely on the promise found in James4:8. “Draw near to God, and He will draw near to you.”
Prayer: Thank you for your glorious presence Lord. I long to walk with You in the cool of the day as Adam did in close fellowship and love. Prepare me for the days ahead with the fullness of your presence. I long to abide in You. Please abide in me. May revival begin with me. Revive me this day, and may it spread to others as I share the oil that You have given to me. I love You, Lord!

P R A Y E R F O C U S
• Lord, make me a person of Your presence and power.
• Let my family and friends “smell” the fragrance of Your holiness and grace in my life. 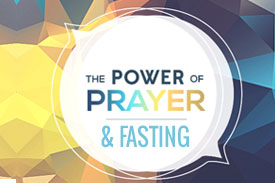 “And He replied to them, ‘This kind cannot be driven out by anything but prayer and fasting.” Mark 9:29 (AMP)

I am sure we all have memories of how lethargic we become after we have stuffed ourselves on Thanksgiving dinner. Often we find ourselves falling asleep or at least wanting to if given the opportunity.

How often, over the years, I have heard people quote the above scripture, thinking that when we fast it is almost like a hunger strike to make God do something for us. I have heard people say, ”I fasted even, and God didn’t do what I asked.” I have to admit, that growing up, when my church called for a fast, I too, thought the same thing.

Fasting is not trying to prove how serious we are or to make God do what we want. Fasting is acquiring a sensitivity in the spirit. When I am full on Thanksgiving dinner, my body and mind want to sleep. When I deny myself food, my spirit becomes more alive, more sensitive. It is easier to receive things from the Holy Spirit.

When living in Hong Kong, I saw that even the realms of darkness understood this principle. When they were preparing to walk on hot coals or climb a ladder of swords, they would fast so they could more easily receive the spirits of their gods to perform this feat.

When we fast, we too, can more easily receive the Spirit of the Living God to perform the works of the Kingdom of God.

P R A Y E R F O C U S
• Lord, I empty my body to cause my spirit man to become more sensitive to Your Holy Spirit. Fill me Lord – possess me with your Holy Spirit.
• Give me a sensitive ear in the realm of the spirit to better hear Your voice. Pray Isaiah 50:4,5.
• Like Jesus, I want to do what You do, and say what You say, 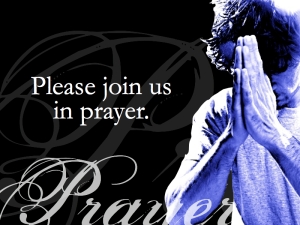 “The noise was like the roar of Niagara,” wrote a participant. “The vast sea of human beings seemed to be agitated as if by a storm.”

On August 6th, 1801, 25,000 people gathered at Cane Ridge, Kentucky, for a “communion” meeting. Led by Presbyterian minister Barton Stone and many others, the meeting became what is known as the greatest “religious” movement in the history of the United States. In actuality, the roots of the revival began several years before 1801, with the fiery preaching of evangelist James McReedy. But the consummation came in August of 1801.

The second great awakening had begun. Black, white, slave and free, all came together for a movement that defied imagination. Barton Stone writes;

“The scene to me was new and passing strange. … Many, very many fell down, as men slain in battle, and continued for hours together in an apparently breathless and motionless state—sometimes for a few moments reviving, and exhibiting symptoms of life by a deep groan, or piercing shriek, or by a prayer for mercy most fervently uttered…With astonishment did I hear men, women, and children declaring the wonderful works of God.”

After the Revolutionary war, America had been in decline. To the preachers of that day, it was known as the “Egyptian Darkness.” Francis Asbury wrote the following;

“When I reflect that not one in a hundred came here to get religion, but rather to get plenty of good land, I think it will be well if some or many do not eventually lose their souls.”

Many believe that the United States is in the same condition today. “An Egyptian Darkness”. Conditions are ripe for a new great awakening. In 1798, days of prayer and fasting were set aside to redeem the frontier from this darkness. And, so, we do the same. As was said at camp meetings all over the country, “Lord, do it again, like Cane Ridge.”

What part do you believe you can play in helping to bring about a new great awakening?

P R A Y E R F O C U S
• Pray for a revelation that God is the same yesterday, today, and forever. “Send us a great awakening, Lord!”
• Pray for repentance to grip the church, and the government officials – “Send the light of Your word.”

Miraculous headings are not unusual or difficult. However, to see them one must be willing to risk aggressive faith. Today, put yourself out there in faith. Risk asking for the difficult and the impossible healing. Risk being disappointed, risk is involved with faith and prayer. You may look the fool but you may also raise the dead!

Please pray for those facing terminal or chronic illness.

Sometimes when God allows us to face alarming circumstances, our first response in the natural is fear!  Today, as we read II Chronicles 20: 1-30, we see God’s divine strategy for victory demonstrated for us.  As you ponder this powerful chapter note that Jehoshaphat moves from alarm to resolve.  He calls for a season of prayer and fasting to actively seek the Lord in trouble.  His prayer is quite strategic (vs. 5-12), and it releases a prophetic strategy: “Do not be afraid or discouraged because of this vast army. For the battle is not yours, but God’s.”  II Chronicles 20:15b  As the people are commanded to take up their positions and to face the enemy with song, praise, and worship, an amazing victory is won.  Not only do they defeat the enemy, but they plunder the enemy’s camp.  In versus 25-26, they carried off so much plunder that it was more than they could carry.  As we resolve to praise, pray and prophetically proclaim His Word, our God is always “more than enough” to win every battle.  Today, declare His victory over every circumstance in your life, in your health, in your finances, and in your family!  Shout the shout of faith.

Error: Twitter did not respond. Please wait a few minutes and refresh this page.